So, you’ve just booked your dream holiday to Europe. You’re already daydreaming about basking in the beauty of the Eiffel Tower in Paris, exploring the storied streets of Rome, and maybe skiing in the pristine Swiss Alps. But before you can embark on your getaway of a lifetime, there’s one little obstacle you have to overcome: the long haul flight from Malaysia. Ask anyone who has been to Europe and they’ll tell you that, even if you’re lucky enough to snag a direct flight, you’ll probably be looking at a minimum of 10 hours of flying! Transit flights can sometimes even take up to 24 hours including layovers! I can tell you from experience, getting through the flight unscathed is one of the most essential factors in ensuring you have an enjoyable holiday.

So, if you’re about to embark on a long-haul flight for the very first time, good luck here are some tips that are sure to help you cope better and survive that excruciatingly long flight! Trust me, I swear by them! Understandably, we all have our favourite seats on a plane. For example, I prefer aisle seats simply because I don’t like the feeling of being trapped in a corner. That and I don’t like troubling others if I ever needed to go to the toilet.

For long-haul flights, choosing the right seat is extremely important and it depends on how you want to travel. If you’re planning to sleep throughout the entire flight, get a window seat. You’ll have something to lean on and no one will bother you if they ever need to get out of their seat.

On the other hand, if you don’t plan on sleeping (we’ll tell you why that might be a good idea later), then take the aisle seat. This is because you’ll likely be using the toilet more often and you’ll have just that extra bit of leg room. Speaking of leg room though, here’s my personal tip: try getting a seat in the emergency exit row or the very front row. Extra leg room on a long haul flight is incredibly important. It’ll give you the space to stretch and relax, helping you sleep better, and regardless of how you’re seated, you’ll have enough room to move about without needing to ask others in your row to get out of their seats.

The only downside is that if you take the very front row, not only will the seat selection price be higher, you might also run into families travelling with babies (oh dear!). That’s because the extra space at the front is originally meant for parking strollers. On the bright side, you’ll be one of the first to leave the plane when it lands!

2. Or just save up and get an upgrade! If the task of picking the perfect seat in economy proves too much of a hassle for you, then just save up and get an upgrade! We’ve all been there: after a long flight, while we are finally disembarking, we pass by the Business and First Class cabin and all we can do is envy the luxury these passengers got to enjoy.

Well, if ever there was a time to indulge in a flight, its during those long, horrid hours of flying! You get more space, more privacy, and more comfort. All this will allow you to arrive at your destination feeling fresh and relaxed. Even a simple upgrade from economy to premium economy (such as Premium Flatbeds on AirAsiaX) can be a world of a difference.

So, if you know you’ll be travelling some time soon, start saving up and treat yourself to some high altitude luxury! 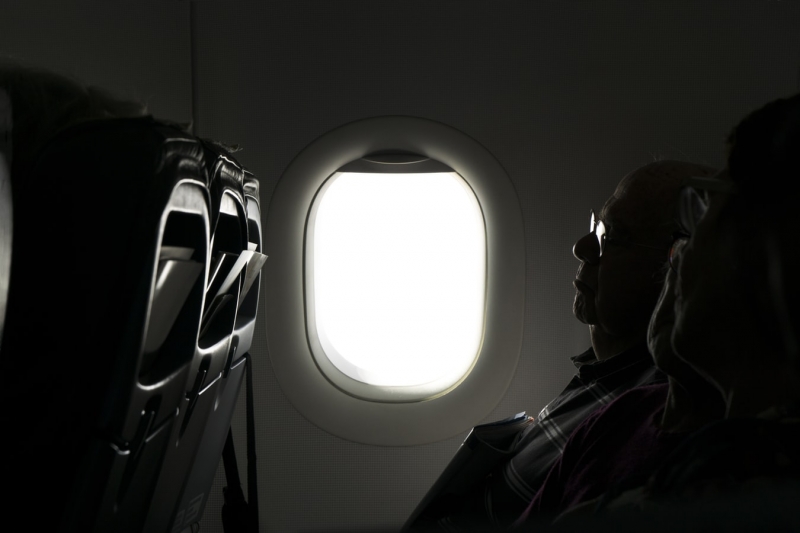 First, let’s talk about jet lag. It’s more than just severe tiredness or fatigue. It’s a psychological condition which comes as a result of changes to your sleep patterns. This often occurs when you travel from one place to another with a large time zone difference. For example, leaving Malaysia on Monday morning and arriving in New York on Sunday night.

That’s why a 10 hour bus ride from Penang to JB doesn’t cause jet lag but an 8 hour flight from KL to Istanbul will. Basically, your mind will try to adjust to the new time zone but your body’s internal clock is still “lagging” behind. To that end, if you have jet lag, you’ll find yourself falling asleep and waking up at odd hours. I once fell asleep at 6 p.m. and woke up at 4 a.m.! 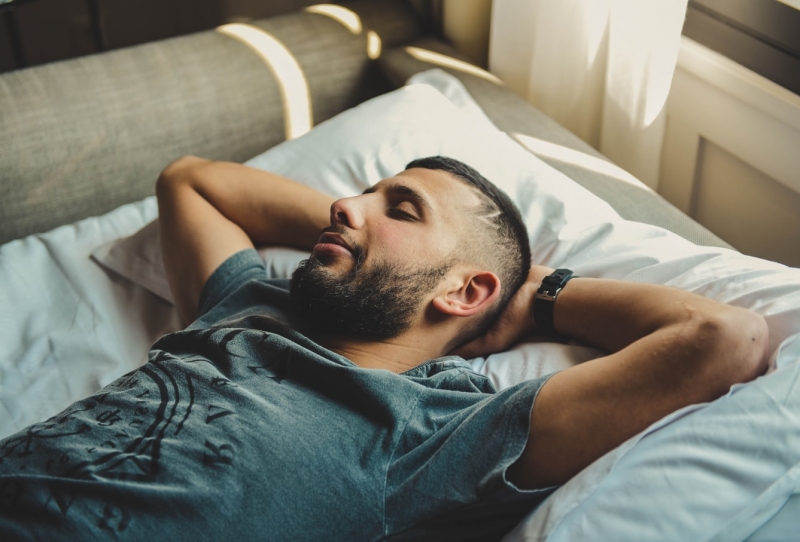 One way to prevent jet lag or at least overcome it quickly, is to adjust your sleep cycle. You can try this a few days before your flight or during the flight itself. The main objective here is to sync your body’s internal clock with the time at your destination.

If you know you’ll be arriving at your destination in the afternoon, DO NOT SLEEP DURING THE FLIGHT! No matter what it takes, keep yourself awake! That way when you finally arrive, you just need to slog through a few more hours before it gets dark and you can go to bed. When you wake up the next morning, you would have instantly fixed your jet lag issue. In contrast, if you’re arriving in the morning, then definitely try your best to get some sleep during the flight. 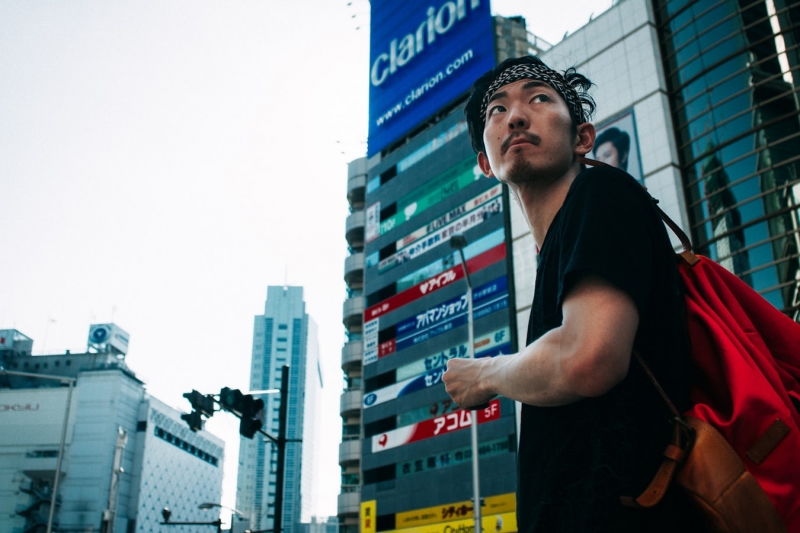 For some odd reason, people in Malaysia tend to turn up at airports looking like business executives going for a meeting. While it’s understandable if you’re catching a flight to your next business meeting, it’s better to save your fancy suits for after you’ve landed.

While “airport fashion” is pretty much a thing these days, for the sake of comfort, opt for a comfortable travel attire instead. After all, you’ll be in that outfit for the better part of 10 hours, so you’ll want to make sure it’s comfort over style.

Another important thing to remember is to avoid donning heavy makeup! Unless you plan to go through your entire beauty routine during the flight, the makeup is likely going to stay on until you land, which is pretty bad news for your skin! Unless hauling along a large baggage with you throughout the airport sounds like a relaxing experience, ditch the large suitcases and opt for light, small-to-medium sized bags instead. Not only do they save you the hassle of carrying around too much as you wait for your next flight, they’re also pretty practical in helping you cope with the strain of a 10 hour flight.

If your carry-on is small enough, you can store in under the seat in front of you without taking up too much leg room. This gives you access to some travel essentials that might come in handy later. Some of the travel essentials I recommend are:

In addition, travelling light also means you don’t have to scramble to retrieve your luggage from the overhead compartment when the plane lands. You can just pick it up from in front of you and leave.

6. De-stress before your flight 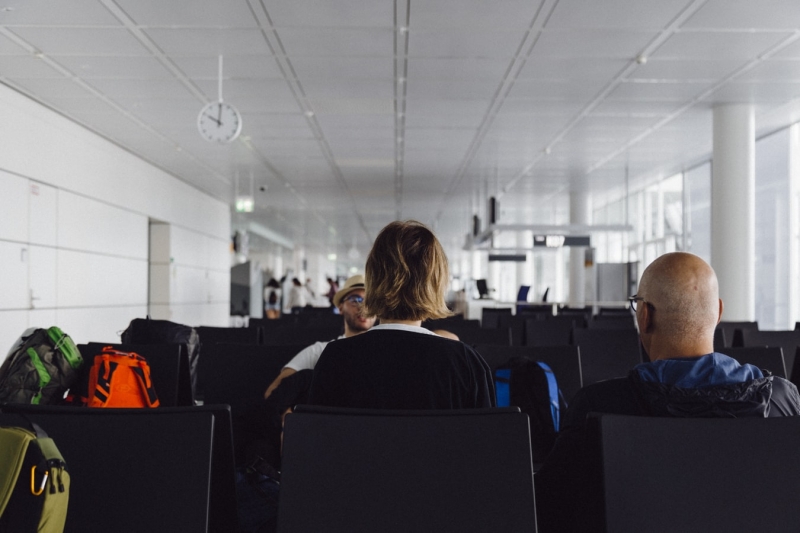 Wait, BEFORE the flight? Not during? Yes, actually, before your flight. If you board the flight feeling stressed, chances are, you’re only going to get more stressed as the hours pass by. And if you’re stressed, you won’t be able to sleep or rest, turning you into a zombie the moment you land at your destination.

Try to relax before your flight. If you have access to the lounge, utilise it. If not, have some comfort food or get a drink to calm yourself down. Then once you’re onboard, continue to try and relax as much as you can. Most, if not all, long haul flights come with in-flight entertainment. That being said, often times the selection is quite limited and you might not find something you fancy. In such cases, it’s best if you have some backup entertainment stored in your electronic device to help pass the time.

Just make sure that they’re set to flight mode and be sure to comply with the instructions of the cabin crew regarding their usage! Either that or try to strike up a conversation with the person next to you. You never know, he/she might just be “the one”. Of course that only applies to single people ah! 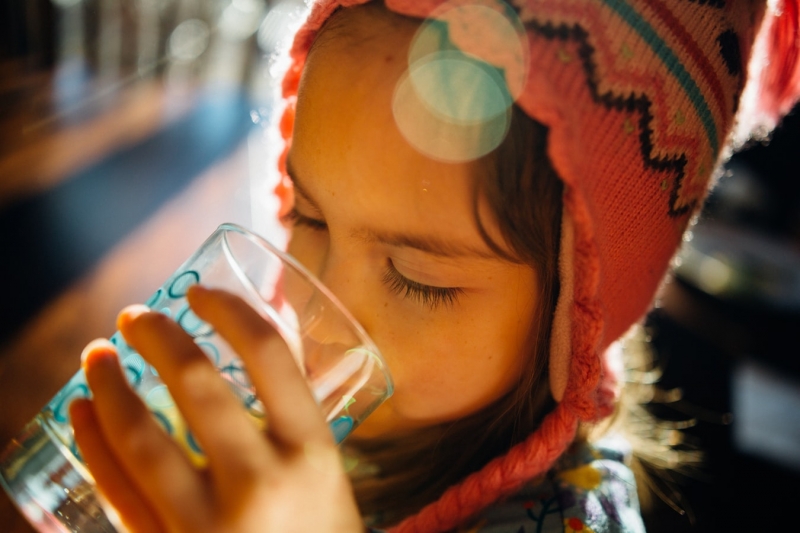 Just like any form of long-distance travel, long-haul flights can easily dehydrate you. This can lead to a myriad of unwanted situations such as cramps, headaches and fatigue. So if you don’t want to end up looking like an extra on The Walking Dead, make sure to keep yourself hydrated.

Either bring your own water or get some from the cabin crew. However, we need to stress that when we say drink more water, we mean drink more water, as in H2O! One of the worst things you can do to your body on a long flight is to indulge in too much alcohol which further dehydrates the body! Just stick to plan ol’ water. It IS the elixir of life after all! Easier said than done, I know. But on a long-haul flight, it is essential that you do not stay in your seat for too long. Get up to go to the toilet, stand and stretch a little, let your blood flow properly. Staying idle for too long at high altitude could potentially lead to a serious condition called Deep Vein Thrombosis (DVT) which is basically a severe blood clot often formed in the legs.

Left untreated, it can even lead to death! Although it is still considered a rarity, DVT most commonly affects passengers on long-haul flights. So make sure to get moving while in the air!

10. Ultimately, just go about your daily routine like normal

The mind is a powerful entity. And I’m not just saying that hoping to sound philosophical and smart. Often times our body will react to our mental state. It’s like when you THINK you have a tumour in your head and suddenly you start noticing all these benign symptoms that actually mean nothing.

Congratulations, you’ve finally arrived in Europe and your dream vacation can begin! If you followed our tips, hopefully you’ll be feeling fresh and ready to explore! While you’re there, don’t forget to check out some of our general tips about travelling in Europe! You never know, they might just come in handy!