22 Helpful Tips You Need to Know Before Travelling to Europe

As 2018 winds to a close, there’s are probably a few things on all Malaysians’ minds: the end of the school year, the year-end bonus, and, of course, a year-end holiday! Thanks to Malaysia being stuck in a perpetual summer, many Malaysians look to travel to cool, wintery countries to experience a rare, white Christmas.

And although Japan, South Korea, and China are all top picks in their own right, nothing beats the magic of a European Christmas. However, for most Malaysians, Europe is a once-in-a-lifetime destination. That’s because travelling to Europe can be pretty costly, not to mention it takes a long time just to get there.

1. Avoid the peak season of summer 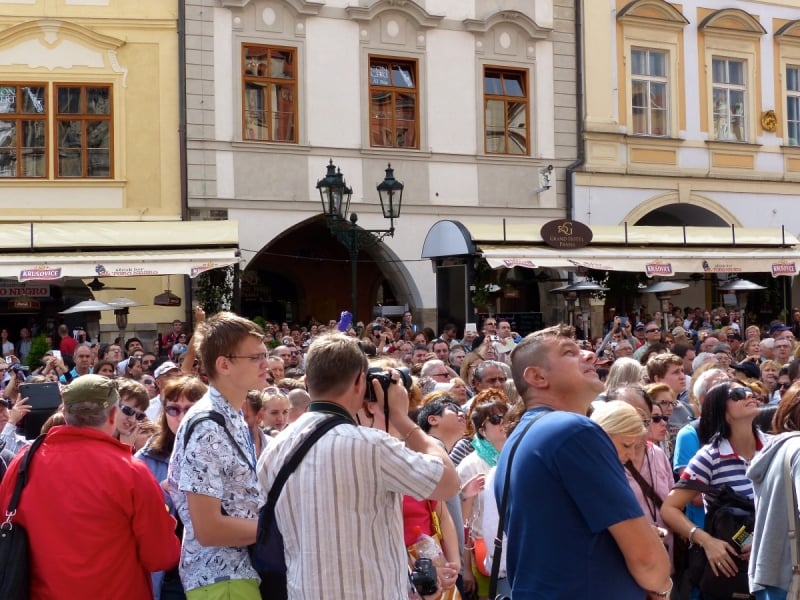 While we Malaysians love nothing more than cool, wintery weather, most Europeans prefer the warm embrace of summer. Avoid travelling to Europe during the months of June, July, and August. Not only is this when it’s the most crowded, but the weather is also unbelievably hot!

Now, why would you spend all that money and travel all the way to Europe just to brave the massive crowds and get burned under the hot sun when you can do that for free in Malaysia?

2. Don’t try to fit too many destinations in one go 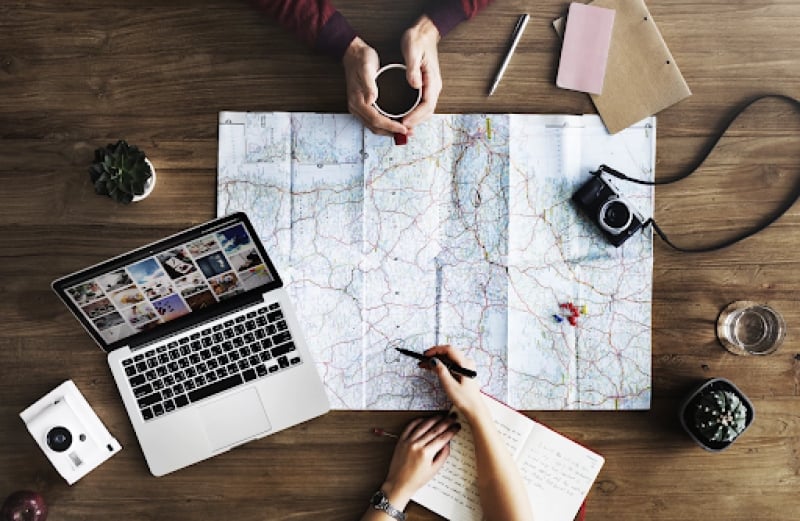 Because a European vacation is so rare, you might be tempted to squeeze as many destinations into your itinerary as humanly possible. Don’t do that. Instead, take your time and explore your destination as much as you can. You might even uncover some hidden gems mainstream tourists don’t know about! While places like London, Paris, and Barcelona are extremely popular, it’s okay to deviate from these mainstream cities. These cities are usually more expensive and, as some might frankly tell you, overrated. Instead, consider some of the lesser-known places and you never know what you might discover.

4. Consider countries in Europe that don’t use the Euro 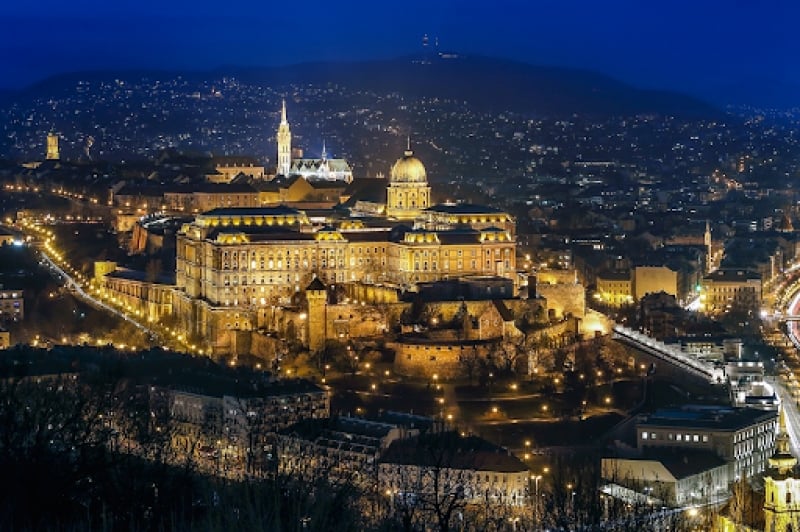 To take it a step further, skip Western Europe altogether if you’re after a more economic adventure. There’s more to Europe than the Eurozone. For a cheaper, yet equally, fulfilling holiday, look towards Eastern Europe, where most countries still use their own currency.

5. Learn some common words/phrases in the native language 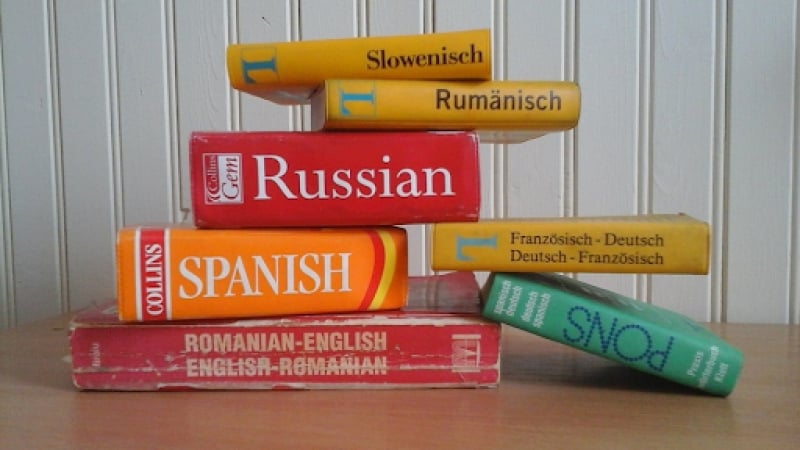 If you’re travelling in the U.K. or some other English-speaking country, communication shouldn’t be a problem. However, picking up a foreign language extends to more than just being able to greet the locals in their native language.

As you travel in Europe, you’ll come to realise that in some cities/countries, most signposts, information boards, and even menus do not contain a word of English. That’s fine if there are pictures to refer to, but if you’re in a restaurant in Spain and there are no pictures on the menu, knowing the Spanish word for “chicken” will suddenly be a great help. It’s “pollo” by the way. The last thing you want is to stick out like a sore thumb in a foreign country. So, while you’re travelling in Europe, try to embrace the local culture. Try the foods that the locals eat and engage in activities the locals enjoy doing.

That way, not only do you experience the country on a personal, intimate level, you also get to broaden your horizons and open yourself up to new opportunities.

7. Be open to friendly conversation Don’t be shocked if a stranger tried to strike up a conversation with you while you’re travelling. It’s quite a common thing in Europe for strangers to greet each other and have a chat. This is especially true if you can speak their language. You might have some concerns about speaking to strangers but trust me, not everyone is out to scam you of your money.

8. Spend your money at family-owned businesses 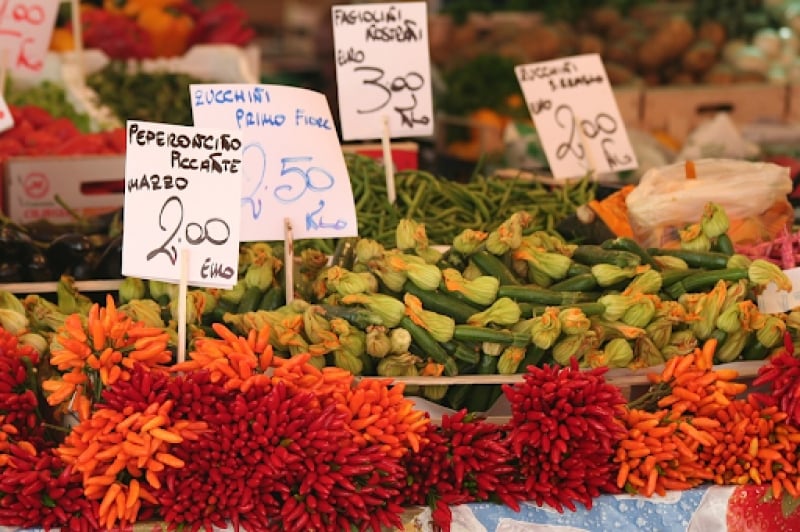 If you want to keep your spending low while travelling Europe, then patronise family-owned businesses and farmers’ markets. Not only are prices here cheaper compared to franchise stores, but the people are also friendlier and the food is fresher too!

9. You can find cheaper accommodation away from the city centres 10. That being said, consider your options However, sometimes it’s best not to skimp on those few extra Euros just for cheap accommodation. Especially if most of the attractions are in the city centre and it takes a long time to get there from your accommodation. You’ll have to weigh the pros and cons before you decide.

11. Keep the cost of travelling between countries down Most people would choose to travel between countries while in Europe. And, believe it or not, this can actually be pretty cheap if you know how to travel properly. There are tons of budget airlines that ferry passengers between key European cities, some for close to nothing at all.

You could also hop aboard the famous Eurail and go on an epic European adventure. If you really want to save money when travelling between countries, consider taking long-distance buses like the Megabus.

Now this one is a real travel hack. There are plenty of sleeper trains in Europe (slow-moving trains that depart at night). If you’re on a tight budget, not only is taking a sleeper train cheaper than flying, it also helps you save a night on accommodation as you can just sleep on the train.

13. Get yourself a city transport card It could save you a lot of time and money if you plan on utilising public transport extensively. Most major tourist cities in Europe have them, so make sure to get one for yourself! In Europe, students get to enjoy plenty of perks, including discounted fares on trains in certain countries, discounted entrance tickets for popular attractions, and, in some countries, free entry to museums.

The best thing about this is there are, as far as I know, no restrictions with regard to which country you’re a student in. So, if you’re a student, make sure to bring a valid student ID with you!

15. Pop into the Tourist Information Centre before setting out You can get plenty of information, including info regarding the aforementioned city transport card and student rebates. You can also get help in arranging tours or getting tickets to certain attractions. In some cities, like Geneva, Switzerland, there are special tourist passes that you can buy. These passes entitle the holder to lots of special perks like free rides on public transport and free/discounted entry to many popular locations.

Unlike student discounts, these city passes are available to all tourists.

17. Be aware of closures and renovation works While we’re used to our mamak stalls being open 24/7, some shops in Europe close pretty early in the evening. This is even more so during the winter season. Other than restaurants and markets, some attractions have different opening hours for different seasons, so make sure to check ahead of time.

Also, take note that, occasionally, some popular tourist attractions may be closed off for maintenance and renovation works too.

18. Book tickets in advance for discounts and to avoid long queues 19. Join a walking tour of the city. It’s usually free Plus, who wouldn’t enjoy a lovely stroll in the cool European weather?

20. Eat out at restaurants during lunchtime or go to a food hall

That’s because while eating out in Europe can be expensive, most restaurants offer a special lunch menu to help attract customers. These menu “sets’ often include an appetiser, a main course, and a dessert.

21. Cook your own meal at least once a day That being said, nothing beats a home-cooked meal if you want to save money. Supermarkets in Europe stock plenty of various ingredients, and if you have cooking facilities at your accommodation, you’ll definitely want to try cooking a meal or two on your own.

22. Get your cash in Malaysia And finally, the age-old travel tip: exchange all your currency before leaving Malaysia. While it’s often okay (in an emergency) to get some extra cash from an ATM or from airport money changers in Asia, it is a lot more expensive to do so in Europe due to the often poor exchange rates given by banks.

Even if you plan on using a credit card, there are overseas processing fees to deal with. So, my advice, once again, is to get all your cash before you leave Malaysia.

And there you have it, 22 helpful tips to help you make the best out of your trip to Europe. Which one of these did you find most helpful? Do you have any tips of your own? Let us know!