Switzerland Food and Shopping Guide: What to Eat & Buy

Switzerland, the land of scrumptious cheese, luxurious watches, and creamy Swiss chocolate. For many Malaysian travellers, this landlocked nation is one of the top premier holiday destinations in Europe and it’s easy to see why. With splendid mountain views, ambient alpine villages and a reputation as one of the world’s best winter wonderlands, Switzerland no doubt charms the hearts and minds of all who visit.

But apart from knowing the best attractions, one must also be savvy about the food in Switzerland. As many will tell you, it isn’t exactly the most budget-friendly destination, so knowing what the must-try delicacies are should be an essential aspect of any Swiss trip. You wouldn’t want to come back from Switzerland only to realise you didn’t get a chance to taste the local cuisine, would you?

So today, let’s look at some of the must-eats in Switzerland! And, as a bonus, we’re also including a list of meaningful souvenirs too! Minus the fridge magnets of course!

What to eat in Switzerland 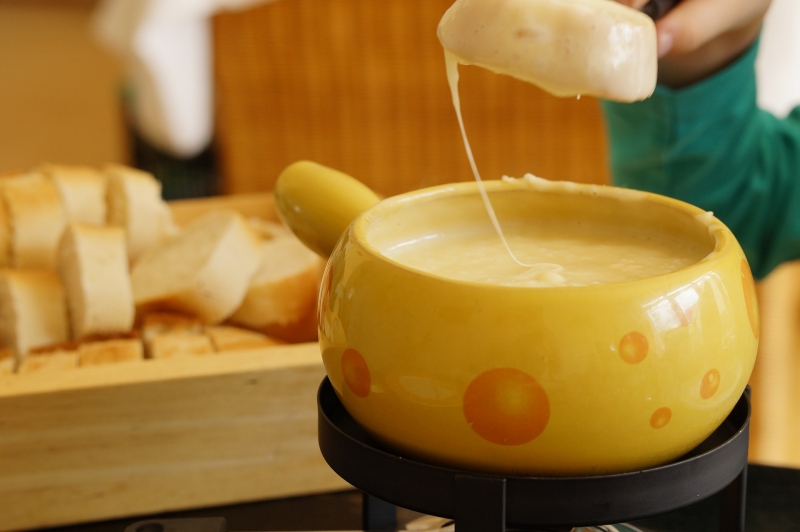 Of course, our culinary adventure in Switzerland starts with the iconic dish, cheese fondue! We Malaysians love steamboat and shabu-shabu, don’t we? Well you can consider cheese fondue the European version of our communal way of eating!

The only difference is that instead of clear stock (or tom yam!), there is a communal pot of molten cheese infused with garlic and white wine. In a typical cheese fondue set up, you’ll have pieces of bread, potatoes, pickles and sometimes, cold cuts, which you then dip into the gooey cheese with a long fork. If you love cheese, you will absolutely adore Switzerland’s national dish!

Fun fact: did you know that cheese fondue was actually born out of necessity? Due to its alpine location, winters in Switzerland can be miserably cold, especially in the past when there was no adequate heating. To counter this, the Swiss invented this dish, using the fat from the cheese to keep their bodies warm throughout the bitter cold. 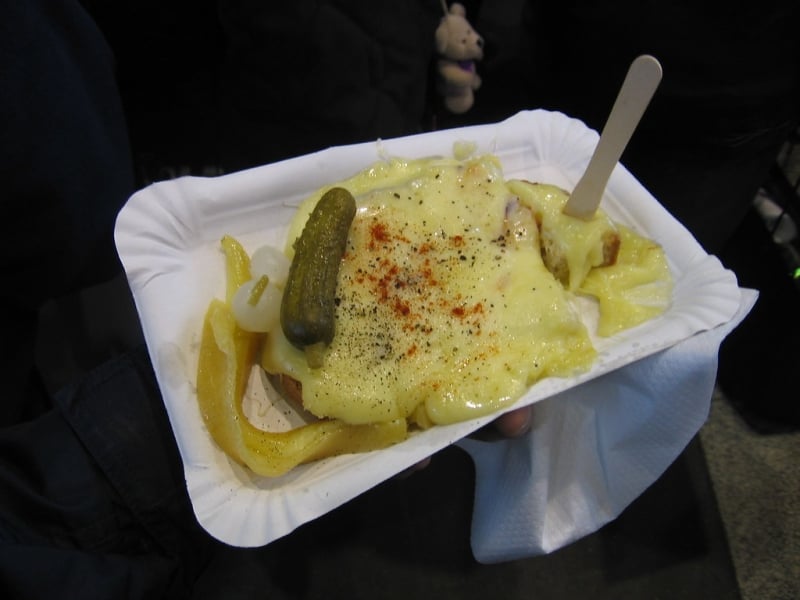 Like cheese banjir? Then you’ll most likely love this Swiss staple too! The main ingredients that make up the dish are very similar to cheese fondue. There’s bread, potatoes, pickles and sliced meat. But instead of dipping them in a pot of molten cheese, a fresh layer of heated Swiss cheese is scraped off the wheel and onto the ingredients!

And unlike cheese fondue, raclette cheese doesn’t usually contain garlic or other flavours as it’s directly scraped off from the cheese wheel! So it’s one of the easiest ways to taste local cheese in its most purest form!

As much as I love cheese, I have to admit that this one was my favourite dish throughout my stay in Switzerland. For the uninitiated, polenta is a traditional Italian staple made from cornmeal. Cornmeal porridge, if you will. Fluffy but light, it’s the perfect accompaniment for most other side dishes.

And the most popular combination is polenta and braised beef, often served during winter time as comfort food. Most of the time, the cut that is chosen is short ribs. Braised in red wine, the tender beef falls off the bone and melts in your mouth. Hmmm! I’m salivating just thinking about it!

In Malaysia, we start our day with roti, but in Switzerland, it’s rösti! As national dishes go, it doesn’t get any simpler and more rustic than rösti. Traditionally eaten by farmers in parts of Switzerland which border Germany and Austria, rösti is basically fried potato fritters, or, as some call it, potato pancakes.

This traditional breakfast dish is often topped with a sunny side up egg. To add flavour to the potatoes, ingredients like grated apples and cheese are sometimes added depending on the region you’re in. Not a bad way to start the day, eh?

In my opinion, no single dish brings out the cultural diversity of Switzerland like Älplermagronen. Despite originating from the German-speaking regions of the country, this beloved dish is actually a variation of macaroni and cheese! Like fondue, this is essentially a delicacy born out of necessity.

Traditionally eaten by herdsmen working in the Alpine pastures, this dish still uses ingredients commonly found in those areas: pasta, cream, cheese, and potatoes. It is usually served with stewed apples and fried onion rings as well! Occasionally, Älplermagronen is topped with bacon but that is not a staple ingredient in most variations of the dish. If you ask me, this is the perfect comfort food for a winter’s day!

The veal (and sometimes veal liver) is thinly sliced and cooked with brown sauce, onions, cream and white wine. Occasionally, mushrooms are also added to the sauce for a savoury, meaty dish. Zürcher Geschnetzeltes is usually served with rösti, although it sometimes also comes with rice or noodles.

Fun fact: looking at the name, you might think that Zürcher Geschnetzeltes vaguely reminds you of Zurich, and you’re absolutely right! The dish is said to have originated in Zurich and the name actually translates to Zurich-style sliced meat. 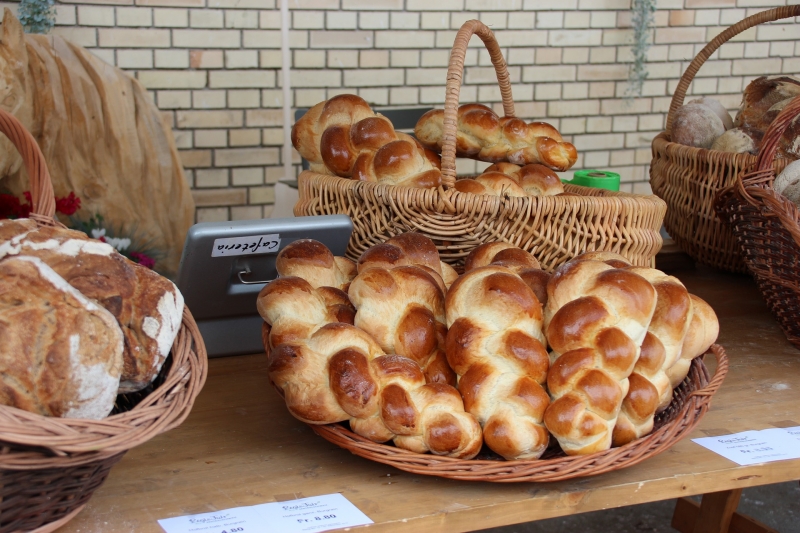 If the French have their croissants, then the Swiss have their zopf! It is one of the country’s most popular types of bread, often sold in bakeries, supermarkets and even convenience stores throughout the country. Psst, the ones in bakeries are definitely tastier!

Soft and deliciously buttery, zopf is a plaited loaf of white bread that is often enjoyed on Sunday mornings. That being said, of course, you can eat it anytime you like! Good on its own or with a slight touch of jam, it certainly makes a good snack. It’s easy to see why almost everyone in Switzerland loves zopf!

Taking a step back from Swiss-German cuisine, we take a look at one of the most famous dishes that originated in the Swiss-French regions: tartiflette. A staple dish in most ski resorts in Switzerland tartiflette is a starchy dish celebrating the nutty flavours of locally-produced Reblochon cheese.

In its most basic form, tartiflette consists of thinly sliced potatoes, smoky bacon, caramelised onions, and of course, Reblochon cheese, all baked to golden perfection. Digging in to tartiflette is a hearty affair and we do not recommend hopping aboard a weighing scale right after indulging in this rustic dish!

Let’s move away now from the savoury side of Swiss cuisine and dive into dessert heaven! Despite not looking like much, basler leckerli is actually one of the most-sought after delicacies in Switzerland by foodies! This crunchy biscuit consists of hazelnuts, almonds, fruit, honey, glazed ginger and Kirsch (a type of brandy) and is often the star attraction at Christmas markets.

However, you can easily find these little delights all year round! The word “lecker” means delicious and once you’ve taken a bite of this nutty, sweet ginger biscuit, you’ll surely agree to the name!

Fun fact: that little piece of basler leckerli you’re holding in your hand is actually an important piece of Switzerland’s history. After all, the recipe was invented more than 600 years ago! Now that’s cultural heritage that you can taste!

This delicious nut tart is readily available in most parts of the country. That being said, I’ve heard that the best nusstorte can be found in St. Mortiz, in a famous cafe called Hanselmann!

What to buy in Switzerland 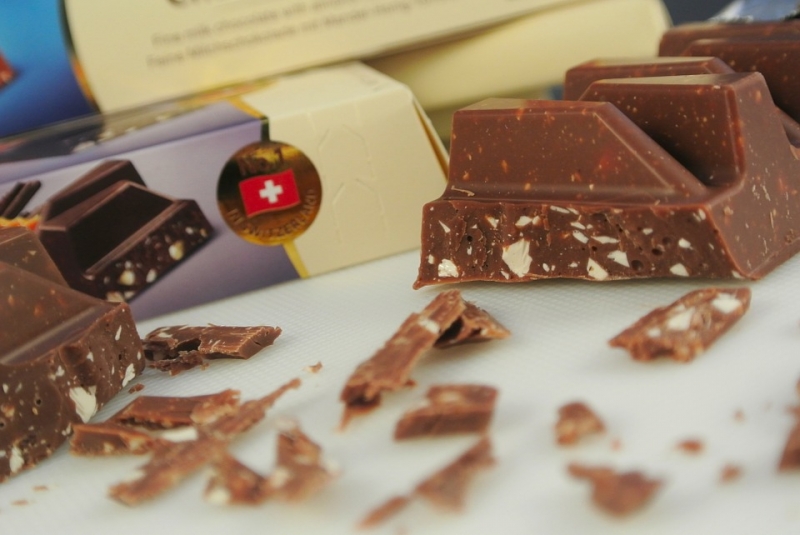 Of course lah this is the number 1 souvenir to buy back from Switzerland! I mean, even our airport duty free shops are stocked with plenty of Swiss chocolate, so surely we have to bring back some original Swiss chocolate for our loved ones at home!

From famous brands like Lindt and Toblerone to more obscure artisanal chocolates, you can find them all in Switzerland! If you want to make something extra special, there are even chocolate shops like this one in Interlaken that allows you to custom-make your own chocolate! You know, for that extra special someone -smirk- 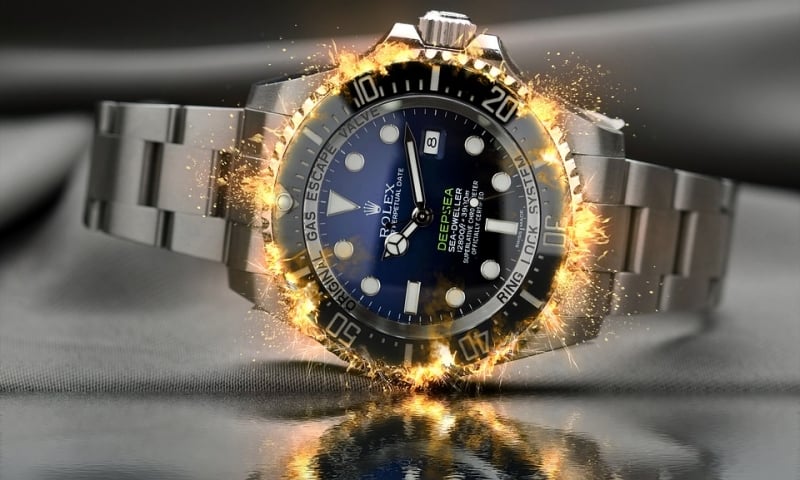 Is there anyone who wouldn’t like to own a Swiss watch? Of course, you might think that Swiss watches are rather expensive but it really depends on what you’re looking for. Of course luxury brands like Rolex, Tag Heuer, MontBlanc and more would be super expensive but there are also cheaper brands too!

There are plenty of shops in touristy cities, especially in Zurich and Geneva. You could also snag a bargain at the duty free shops at Zurich International Airport. And just because they don’t cost a fortune doesn’t mean the cheaper watches are lacking in quality either. I bought a one in 2017 for 75 Euros (about RM300 at the time) and it still feels brand new today! 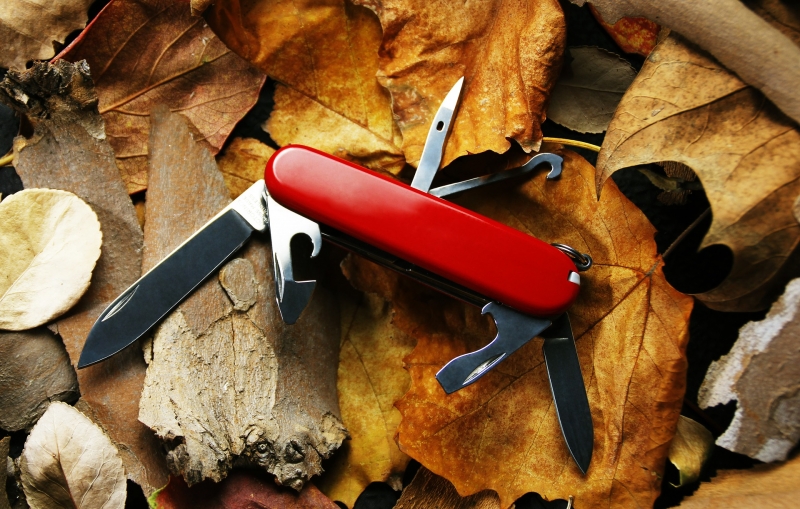 Their cool, they look premium and they’re quite useful in many different situations! Yes, Swiss army knives are another must-buy souvenir in Switzerland and you can tell that is the case by the sheer number of stores selling them. They may even outnumber the watch and chocolate shops!

Victorinox is the brand of choice and there are plenty of models to choose from. Each model comes with its own unique combination of utility tools ranging from screwdrivers and bottle openers to even serrated knives (I can confirm, these are SUPER sharp!). Needless to say, they make awesome gifts. Just make sure to put any knives in your check in luggage!

Had a taste of fondue and raclette and now you’re hooked? Good news because, yes, you can get your own fondue pot or raclette pan, which is the alternative to scraping hot cheese off a wheel. 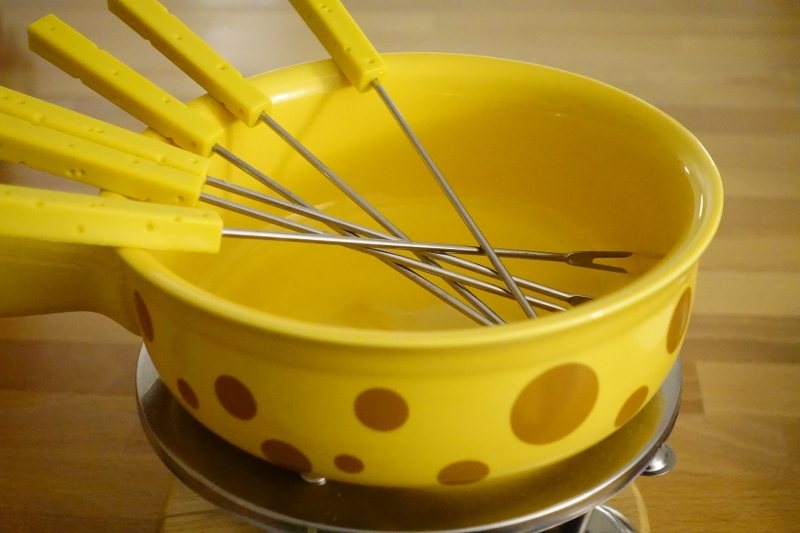 We’re not quite sure why anyone would need a cowbell in Malaysia, but it certainly is a step up from fridge magnets and postcards! Cowbells actually represent an integral part of Swiss culture, paying tribute to its alpine pastures. The bells actually work too, as in they ring when you shake them and are often extremely colourful!

Who knows? Maybe you can put them to good use, like using them to signal dinner time to the family! Regardless, it’s certainly one of the more unique souvenirs you can bring home from Switzerland, and they’re fairly cheap too!

Off to Switzerland we go!

And there you have it, an essential guide of things to eat and buy in Switzerland! Make sure to check out our Switzerland 101 Guide too to find out more about the must-visit destinations in Switzerland! With that, it’s time to start planning your dream alpine adventure! Let’s go!