Nothing says “wanderlust” like a long holiday in Europe. As cliche as it may sound, there’s just something undeniably satisfying about exploring whimsical castles, strolling about in alluring gardens, and enjoying a gondola ride as you watch Venetians go about their daily business.

However, as enticing as a European vacation is, making the trip is, in itself, a challenge. For Malaysians, a trip to Europe is sometimes a once-in-a-lifetime experience. The excruciatingly long plane rides and pricey cost are just some of the common stumbling blocks, never mind the current pandemic which has made international travel impossible!

But what if I told you that you could experience the sights and sounds of Europe without ever leaving the country? No, this is not an article about some theme park with miniature European landmarks. These locations below can actually fool your friends into believing that they were taken in Europe!  Don’t believe me? Check out these eight destinations in Malaysia that look just like Europe!

As Malaysians, when we hear “Putrajaya”, I’m sure most of us think of boring administrative buildings. Of course, there’s also the picturesque Putrajaya mosque, the world’s largest roundabout and an annual hot balloon festival. But that’s all, right? Nope!

Taman Saujana Hijau is a beautiful recreational park in Putrajaya that exudes European vibes. Not only is the picturesque park the perfect spot for an afternoon picnic, it’s serene surroundings also make it a good place for light jogging and biking.

More importantly, Taman Saujana Hijau is full of verdant greenery. From trees providing shade from the sun to colourful flowers that stimulate the senses, the park is a prime choice for a short nature escape from the city. Obviously with such charming surroundings, it’s also an Instagram hotspot! So don’t forget your camera!

Be bright, sunny and positive🌞🌻 #tamansaujanahijau#sunflower#oneofmyfavourites#happiness

Admit it: there are few sights in life as mesmerising as a volcanic crater lake. Turquoise water contrasting perfectly with the harsh, dull surroundings is a true treat for the eyes. While Malaysia does not have any (currently) active volcanoes (and thus no crater lakes), you can certainly enjoy the view (or at least imagine it) of a crater lake at Kangkar Pulai Blue Lake in Johor!

Also known simply as “Tasik Biru” by the locals, it is one of the lesser-known travel gems in the south of the peninsula. While the view of the majestic blue lake is clearly the main attraction, getting to it is an adventure in itself. Before you can gasp in awe at Malaysia’s own “crater lake”, you’ll have to endure a near 30-minute hike to get to the ideal photo spot. But once you’re there, the view will be well worth the effort.

3. Colmar Tropicale (Pahang) – A French village nestled within the hills of Malaysia

Modelled after a French town of the same name, Colmar Tropicale in Bukit Tinggi, Pahang is one of the more well-known “European destinations” in Malaysia. Perhaps overshadowed by more prominent attractions like Genting and Cameron Highlands, Colmar Tropicale remains a relatively hidden travel gem that provides for a unique European experience.

As the name suggests, Colmar Tropicale offers visitors a taste of life in a medieval French town. There are a number of cafes and eateries in addition to a stunning backdrop of colourful 16th century French architecture. 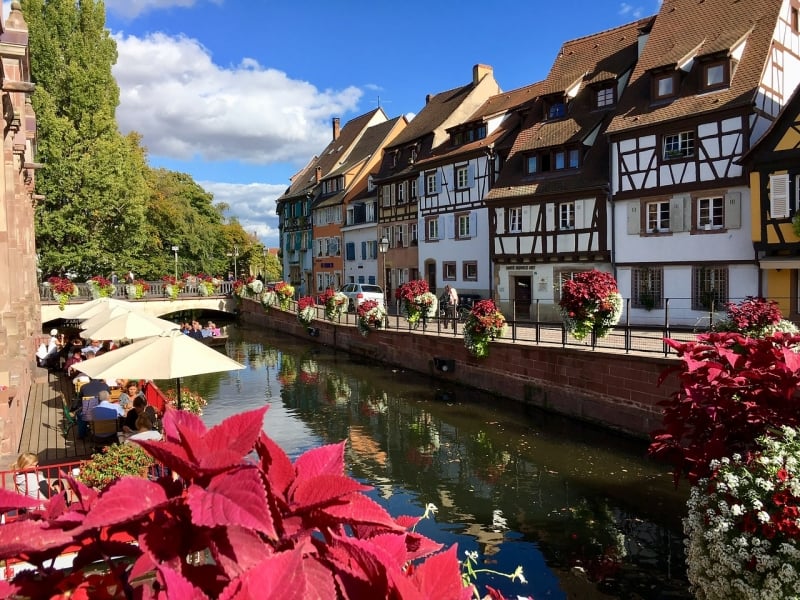 Apart from the French Village, this themed resort also houses a Japanese zen garden and various other interesting attractions. So, if you’re looking to add a little European flair to your next family vacation, Colmar Tropicale is the place to be!

4, Kellie’s Castle (Perak) – A medieval European castle in the heart of Batu Gajah

From the Neuschwanstein Castle of Germany to Scotland’s Edinburgh Castle, nothing captures the imagination as vividly as medieval castles. After all, these majestic, towering structures often house centuries’ worth of history within their walls. But even without leaving Malaysia, you can still visit a medieval European castle in the district of Batu Gajah, Perak!

Kellie’s Castle requires no introduction. After all, it is arguably one of the most famous tourist destinations in the country. While its construction was never finished, visitors can still experience rich European vibes as they stroll along the aged corridors and bricked walls. As always, don’t forget your camera! 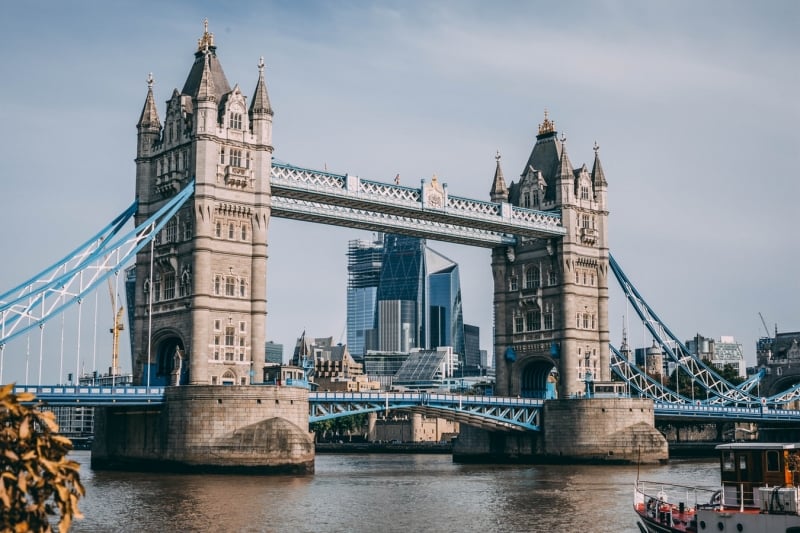 I think it’s safe to say that, for most Malaysians, one of the first destinations they think about in Europe is London. It’s mainstream, popular, and plus, it’s where many aspiring young Malaysians travel to for their studies. Having studied in the UK for a year, I have to admit though: London is only fun for the first few days. So, rather than spending thousands of Ringgit and hours being stuck inside a cramped Airbus, why not visit the Tower Bridge of Malaysia instead?

The Terengganu Drawbridge is one of the state’s newest tourist attractions and most popular photo spots. What makes it unique is that it is the first drawbridge in the whole of Southeast Asia! While the architecture certainly exudes a local charm, with some clever tinkering, you can certainly produce a stunning photograph that looks and feels like it was taken in London!

Also read: 18 Things to Do in London For Malaysians

A post shared by The Lakehouse Cameron Highland (@thelakehousecameronhighlands) on Jul 25, 2020 at 7:21pm PDT

From the busy streets of London, we now head to a more serene, ambient location: the countryside. And what makes the British countryside memorable? Their traditional cottage houses of course! These cosy wood houses just seem so welcoming! Don’t they make you suddenly crave crumpets and tea?

In Cameron Highlands, you’ll find no shortage of British cottage houses. Most of them are homestays that cater to visitors. But out of all of them, Lakehouse Cameron no doubt provides the most authentic experience. Surrounded on all sides by lush greenery, this spacious Tudor-style country house provides the perfect setting for a relaxing weekend with the family. Plus, it’s a good spot to light up your Instagram feed! 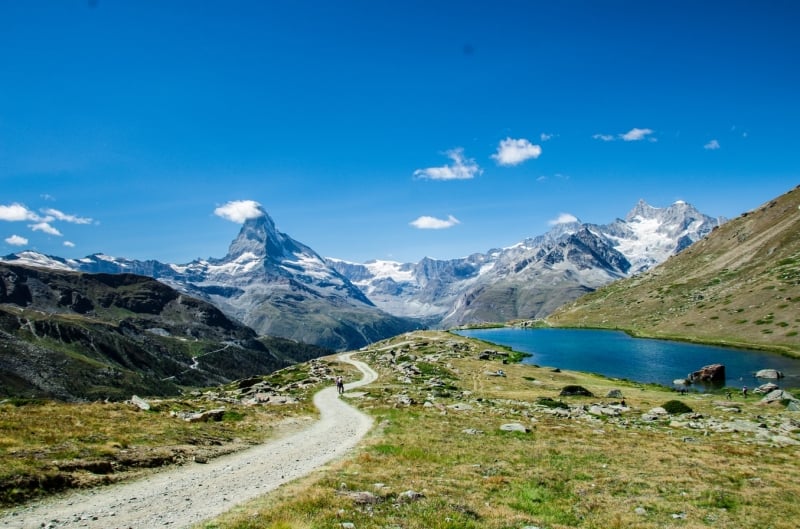 Another popular European destination among Malaysians is Switzerland. After all, everybody knows about the wondrous beauty of the Swiss Alps! Having been lucky enough to visit Switzerland on a work assignment, I have to say that my number one recommended spot is Zermatt. Sitting at the foot of the Matterhorn, this hillside village is simply a healing experience for the soul.

And, as you might have guessed, we have our own version too: Desa Dairy Farm in Kundasang Sabah! Think about it: ambient hillside village/town? Check. Located at the foot of a towering mountain (Mount Kinabalu)? Check. It’s literally a like-for-like reflection of Zermatt! Apart from the mesmerising views and Swiss-like atmosphere, you can also try some of the farms famous gelato to round off a perfect day.

Finally, let’s talk about Bengoh Range. If you’re active on social media, you’ve definitely seen a few posts about this beautiful nature escape. Nestled in the rainforests between Kalimantan and Sarawak, Bengoh Range is Mother Nature’s artistry on full show in its purest, untouched glory. No wonder then, that many people refer to it as the hidden “Jurassic Park” of Malaysia. 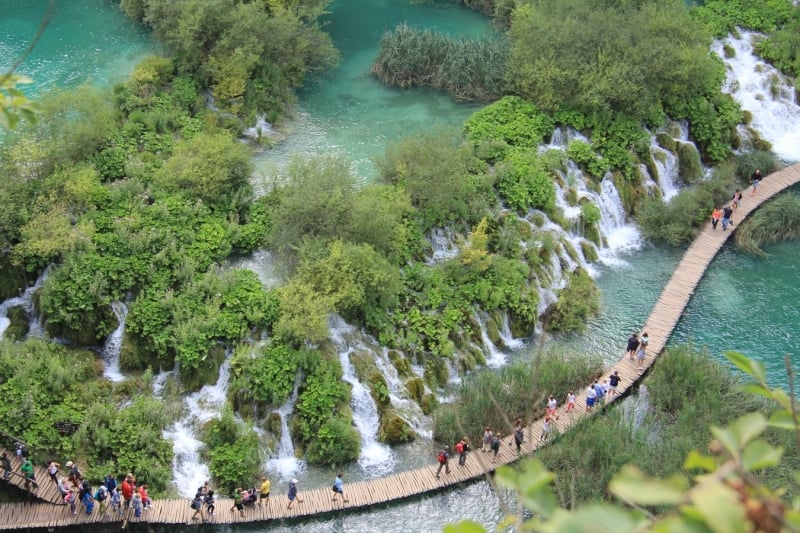 A taste of the world here in our backyard

And there you have it: 8 wonderful destinations in Malaysia that resemble European destinations. As Malaysians we are truly blessed, not only for being able to travel domestically during this pandemic, but also to have so many beautiful destinations to choose from!

As we celebrate National Day and Malaysia Day in the coming weeks, let’s also raise a glass to the many wonderful travel destinations we have in this beautiful place we call home!

Time to whip out your cameras, y’all!…