Top 8 Things to do in Surabaya, the Hidden Gem of Indonesia’s East Java Province!

Despite being the second largest city in Indonesia, the city of Surabaya is not as well known as other popular destinations in the country. It is undeniable that many tourists prefer travelling to hotspots such as Lombok, Bali, and Yogyakarta to name a few but this little gem in East Java certainly boasts several hidden attractions of its own. For one, there are plenty of photogenic shots for those looking for the ultimate #potd and to escape the city.

So, if you’re looking for an Indonesian palette cleanser, then you’ll want to check out this list of must-try experiences in Surabaya! Trust us, you won’t regret it!

Ijen Crater is a volcano crater located in East Java and is regarded as one of the unmissable sights in Indonesia. It is a 6-hour drive from the city of Surabaya. Many hiking enthusiasts start their journey from as early as 1 a.m. in a bid to reach the viewing platform by 4 a.m..

The slopes are very steep, and this is not for the faint hearted. The ground is very uneven and slippery, so do bring along proper footwear and a few jackets. It is advised to hire a local guide for the hike. You should also get a gas mask and walk into a cloud of sulfuric gas just to watch the blue flames.

After ascending from the bottom of the crater to the Ijen Crater rim, do wait patiently for sunrise. As the sun rises above the horizon, the sky will transform from a crispy blue into a kaleidoscope of pink hues. All the hard work is going to be worth it!

Simply put, Mount Bromo is Indonesia’s most iconic volcano. It stands tall majestically at 2,329m above sea level and is the most hiked mountain in Indonesia. The best experience here is to hike to Penanjakan Peak and enjoy the sunrise over Mount Bromo. It takes about 1-2 hours to reach the first vantage point.

Alternatively, some tourists choose to trek to the top of King Kong Hill as it overlooks Mount Bromo, Mount Batok and some other scenic vistas.

The journey up King Kong Hill isn’t as strenuous but be prepared for unpredictable weather. Temperatures at the peak are known to drop to as low as 11 degrees in May, accompanied by strong winds. So do dress appropriately and exercise caution!

If you want a closer look at Mount Bromo itself, you can also consider hiking it proper to reach the crater. This picturesque volcano in Bromo Tengger Semeru National Park has a stairway that you’ll have to conquer but the view is well worth it.

If it’s too much for you, you can also rent a horse for between 100,000 – 150,000 IDR (RM29 – RM45). The horse will be able to bring you all the way to the aforementioned staircase from the general drop off point at the bottom. That being said, the 209 steps to the top will be unavoidable if you want to reach the crater. Due to the steepness of the steps and the lower atmospheric pressure, you might feel breathless very easily, so move at your own pace.

Up at the rim, you’ll be able to see smoke coming out from the crater. Now’s the time to whip out your camera and get some awesome shot.

Al-Akbar Mosque is a national mosque and the second largest of its kind in Indonesia. Intricate green and turquoise tiles make up the grand exterior. The interior is well-decked out in elegant Islamic design motifs that stands up to even the most sophisticated masterpieces of Islamic art. Do dress appropriately if you consider visiting this place.

Next to the mosque, there is a viewing tower. For a small fee, you can climb up (have your legs turned to jelly yet?) for a mesmerising panoramic view of the city below.

Cafe Caturra Espresso is a dreamy, quaint cafe found near the city centre of Surabaya. Thanks to its glass window panels, there’s plenty of natural light in the cafe, giving it a cosy ambiance you’ll love. I recommend getting the coffee and desserts here as you chill out in the city. 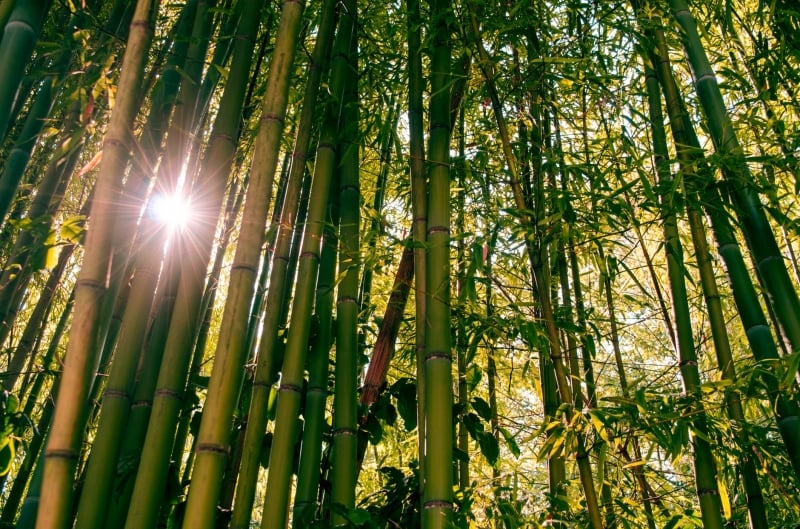 Keputih Bamboo Forest is pretty similar to Kyoto’s famous Arashiyama Bamboo Grove, so it’s a more budget-friendly destination. This place was once a former garbage dump before it was gradually transformed into a serene bamboo forest!

Bamboo Forest Keputih Surabaya offers free entry. The air around the forest is very fresh and there are plenty of beautiful fountains and accessorised lamps decorating the bamboo shoots. Beside it, there is also a beautiful park laden with a myriad of colourful blooms.

Before becoming Kenjeran Park as it is known today, this area used to be the slum district of Surabaya. Today however, you can enjoy alluring sunsets at the beach and have a fun outing at Atlantis Land, a miniature water park.

You could also pose for photos at the Buddhist temple and pagodas. You will only need to pay a minimal entry fee to access these picturesque locations. 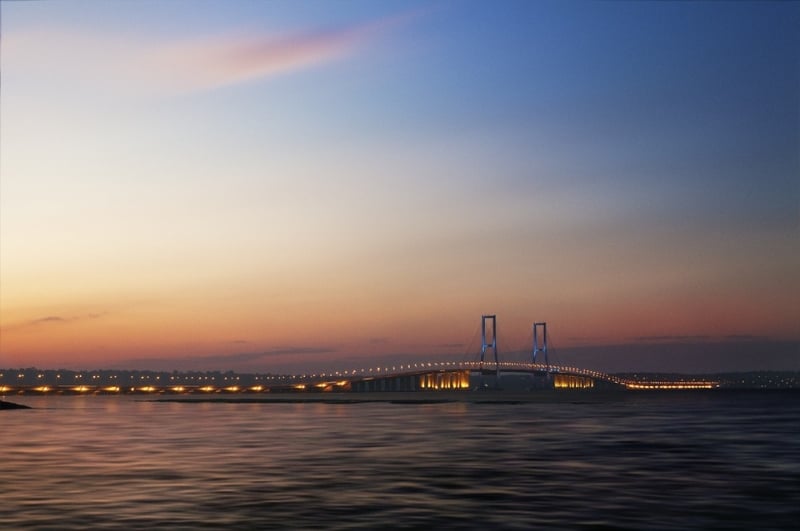 The Surabaya-Madura National Bridge is Indonesia’s longest bridge, stretching 5,438m across the Sunda Strait and connecting the islands of Java and Madura. At night, the bridge boasts colorful lights, while traveling across the bridge during the day presents sweeping views of the ocean. Many people also camp around to take shots of the sunset and sunrise.

A hidden gem waiting to be uncovered

Surabaya might not be on the top of your list when you are planning for your travels, but there are many hidden gems for you to uncover. As Indonesia’s second largest city, there is a good mixture of urban tourism and scenic natural attractions. So the next time you’re in Indonesia, make sure to make time for this lovely hidden gem! 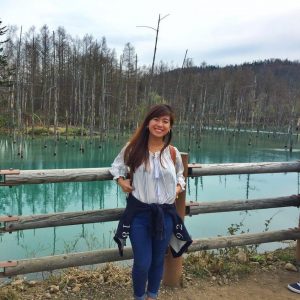 Food & Travel Enthusiast. I live by this quote by Pat Conroy, “Once you have traveled, the voyage never ends, but is played out over and over again in the quietest chambers. The mind can never break off from the journey.” Join me in this journey of capturing the moments of temporality through my travel articles and photography.