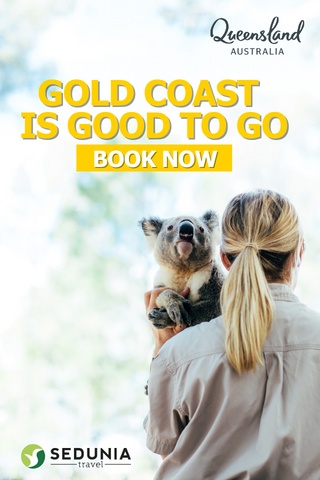 Harry Potter movie fans will vividly remember the iconic scene when Harry first finds out about Platform 9 ¾. Well, it would seem that Malaysia now has its own version of the magical hidden “door”.

On 9 September 2021, a sky bridge in Kota Kinabalu that connects Asia City, Center Point Shopping Mall, and Api-Api Centre will officially open. How does that relate to Harry Potter you ask?

Well, the building of the bridge has been completed. However, locals passing by noticed an amusingly peculiar feature of the bridge. The path that was supposed to lead to Center Point Shopping Mall actually leads directly to a dead end!

More specifically, that particular branch of the sky bridge is built right up to the side of the mall. There are no doors to enter the mall nor any stairs leading down from the sky bridge.

Twitter user Al-Rashid Zulkefli joked that perhaps those who wished to enter the mall had to first jump down from the bridge.

According to The Rakyat Post, this entire project cost in excess of RM31.5 million, including additional funds from the state government this year. During a visit to the site, Sabah Chief Minister Datuk Seri Hajiji Mohd Noor explained that the “path to nowhere” was a result of the mall owners wanting to build the entrance themselves.

That being said, Sbaahans were quick to poke fun at this amusing engineering fail, with many criticising the planning process of the project which led to this (albeit potentially temporary) mistake.

Why would they make extended part with no exit? That is like 3 million wasted https://t.co/c7rTMBth1P