On 31st July 2019, Hong Kong issued its first No. 8 Typhoon Signal of the year as Tropical Cyclone Wipha whipped (pun intended) into Hong Kong, bringing wind speeds of up to 117km/hr and gusts of over 180km/hr! As a result, more than 700 flights were grounded (either delayed or cancelled) and the usually bustling city came to a standstill.

Many of us are, thankfully, lucky enough to have not experienced this first-hand, but what is it really like to be in the middle of a No. 8 level typhoon? In 2016, I watched through my window as Super Typhoon Haima pummeled the city as it passed by on its way into Mainland China over the course of 36 hours. 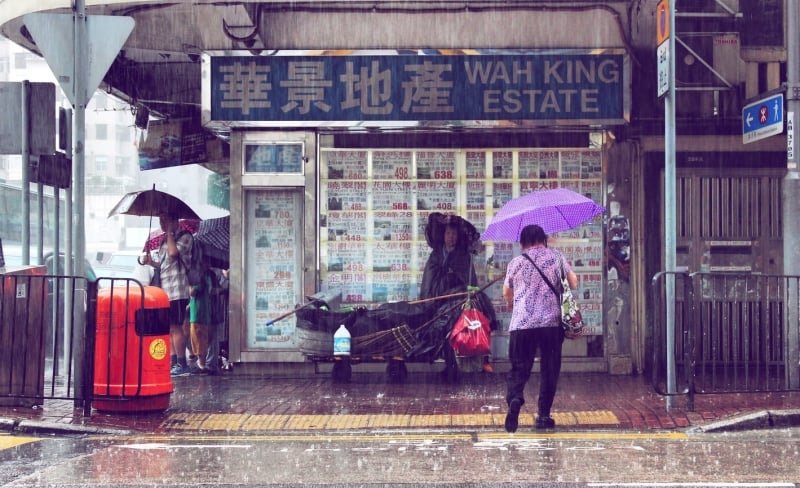 But before I get into my experience, I think I should take a step back to evaluate on Hong Kong’s warning systems for storms and typhoons (they’re two different things).

For storms, they use colour codes:

For typhoons, they use numbers. To keep it simple, typhoons given the No. 1 and No. 3 are usually not that detrimental. These typhoons will bring heavy rain and strong winds but they will ultimately not directly make landfall in Hong Kong, often either skirting by or missing the city altogether.

A No. 8 Signal, like the one issued on Wednesday, means that the typhoon will likely batter the city, forcing flights to be suspended, classes to be cancelled and businesses to close. If the warning is raised to a No. 10 Signal, it means the typhoon has turned into a hurricane and you should call the Avengers because there will be flying debris and dangerous gales.

Being informed of Super Typhoon Haima

Okay, so back to the story. In 2016, I embarked on a year-long course of study in Hong Kong, arriving in the city in mid-August. Within two months, due to it being the typhoon season, I had endured two AMBER-level storms, a RED level storm and a couple of Signal No. 3 typhoons. They made life miserable but it wasn’t so bad.

By October, there were fewer rainy days as Hong Kong began to transition from summer to autumn. I thought that the worst had come to pass. Clearly, I was wrong because Super Typhoon Haima, the last big storm of 2016, was on its way.

A few days before the typhoon made landfall, there were already nervous murmurs amongst the local students. Everyone was keeping an eye on the reports by the Hong Kong Observatory and for a while, it seemed like the typhoon will pass us by. It didn’t.

On the day before Typhoon Haima made landfall, I was in an afternoon class. Midway through his lecture, my lecturer looked up with a concerned look on his face. “I think I’ll have to dismiss you all early today. It’s best if you all go straight home.” A Signal No. 3 warning was in effect, with the potential to escalate to Signal No. 8.

Surviving the last big storm of 2016

I rushed home to Kowloon City where I lived. It was just off the east end of Prince Edward road. My neighbour, Mrs. Wong was standing outside her door. “It’s your first time experiencing a super typhoon isn’t it?” she asked. As I nodded, she handed me some scotch tape and told me to tape a large “X” across the window to prevent them from breaking. Wah, so serious meh? She also told me to head to the supermarket nearby and stock up on some rations.

And so I did. Except, there was almost nothing to buy. It seemed as though everyone in the city had just stopped by, picked up some food and left. There was hardly anything left on the shelf. I got myself a couple of noodle bowls and some bread, thinking, it can’t be that bad.

Overnight the rain beat incessantly against my window like little pebbles bouncing off at full speed. By morning, Typhoon Haima had grown into the monstrous gale that it was predicted to become. I checked the Hong Kong Observatory website and saw that a Signal No. 8 warning was raised overnight. We were barred from leaving our houses unless absolutely necessary, and even then, we were discouraged from stepping out.

Soon, news reports started flooding in. Apparently, Super Typhoon Haima was the first Signal 8 Typhoon in October in over two decades! I looked out of my window just to see what was going on. Immediately, I had an adrenaline rush. The massive tree outside my window, strong and sturdy throughout the years, was swaying hard, threatening to uproot and slam against the flat I was in.

Beyond that, the streets of Kowloon City, often bustling with life and activity, was eerily quiet. Not a single soul was on it. Everything was closed. Schools, markets, restaurants, banks. Even trading on the stock market was suspended for the day.

Rain continued to batter down in force, obscuring vision and causing mini floods throughout the area where I lived. The streets had also become littered overnight by debris: broken wooden planks, tree branches, trash and more were strewn across the street like a haphazard art installation. It wasn’t until about 8 p.m. where the storms began to subside. Although there were still strong winds, Haima was downgraded to Signal No. 3.

Checking out the aftermath 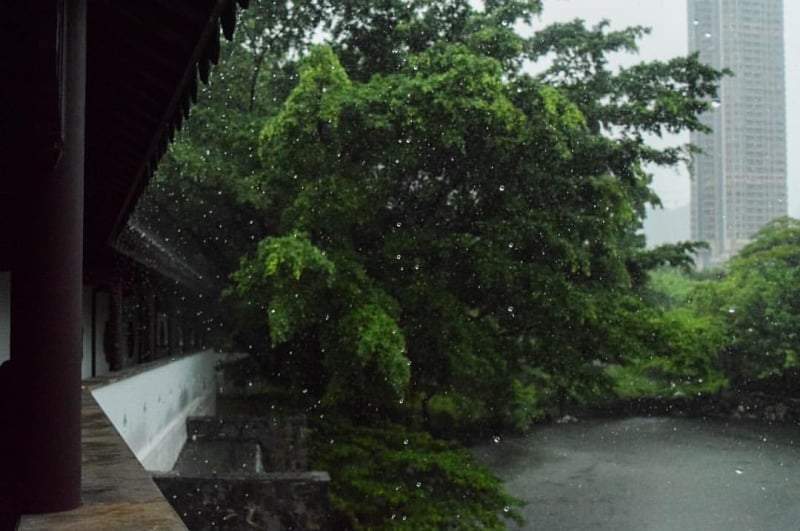 Curious, I stepped out of my apartment to see what the aftermath of a Signal 8 typhoon was like. I expected doom and gloom around the city as its people recovered from the experience but I was wrong. I watched with amazement as vendors and restaurant owners hurriedly rushed back to their premises to open shop. Within half an hour, I saw several vendors peddling their wares as they normally would on any given day. It was as though the past 24 hours or so never even  happened!

Elsewhere though, over 200 reports of fallen trees were submitted and 740 flights were grounded. One unfortunate soul was also lost to the typhoon although there could have been more unreported casualties. By noon the next day, the warnings for Super Typhoon Haima were finally completely lifted, bringing a harrowing 36 hours in Hong Kong to an end.

As I removed the tape from my windows (a few thin cracks had appeared but they held, thankfully), I wondered how many Malaysians have also endured a Signal 8 typhoon. After all, not many would travel to Hong Kong during the typhoon season. Not only was there the heat of summer to contend with, the humidity was near unbearable. That being said, summer in Hong Kong does have its own charms too, such as the vibrant and lively beach parties in Repulse Bay.

So, if you’re ever travelling to Hong Kong during the summer and end up being caught in a typhoon, remember these essential tips!

Tips to survive a typhoon in Hong Kong

1. Pay attention to announcements by the Hong Kong Observatory

During a typhoon or impending storm, it’s important to always keep track of developments. Regularly check the Hong Kong Observatory’s website for updates. As was the case with Haima, if there was potential for a serious typhoon, a warning would be issued hours in advance so people can seek shelter in time.

What’s more, even a simple tropical depression can turn into a dangerous typhoon overnight, so keep updated on the latest info to stay safe!

2. Before heading to the airport, call ahead to check on the status of your flight 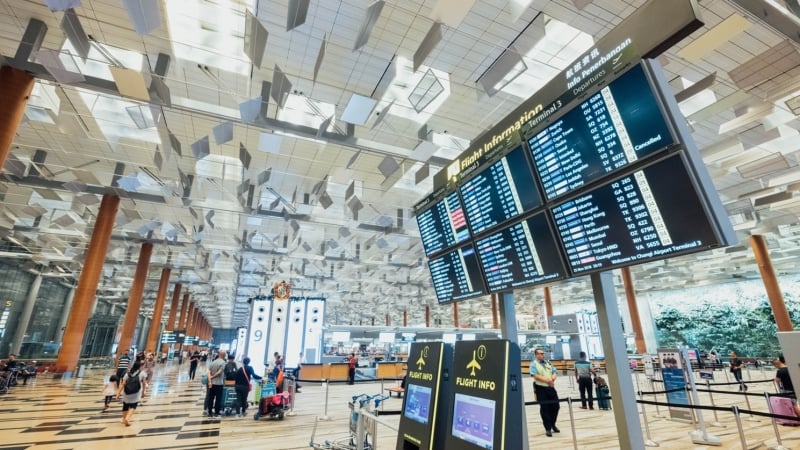 Every time a typhoon warning is in effect, there is a possibility that your flight may be delayed or cancelled. This is regardless of how severe or mild the typhoon may be. Sometimes, even an AMBER rain storm, if it’s heavy enough, is enough to ground a flight depending on which direction the storm is heading towards.

So, to save time and prevent any unwanted incidents, do get in touch with your airline service provider whenever a typhoon warning is in effect to find out the latest info about your flight.

3. Stock up on some food and water If you’re staying at a hotel with an onsite restaurant, you don’t have to worry so much about this. But if you live in a hostel or backpackers lodge, make sure to stock up on some food and water in case the typhoon lasts more than 24 hours. Having candles and a torchlight won’t hurt either.

4. As much as you can, stay indoors during a typhoon

I understand that vacation time is precious and you’ll want to see and do as much as you can while on holiday. Unfortunately, a strong typhoon will almost certainly halt operations in most attractions. During a typhoon warning, it is imperative that you seek shelter and stay indoors whenever possible until it passes.

5. If you do decide to head out, don’t bring an umbrella

Wait, DON’T bring an umbrella? Well, yes. Unlike the monsoon rain in Malaysia, a typhoon often comes with strong winds that can uproot trees. How well do you think a feeble umbrella will hold up against gales that strong? Trust me, I made the mistake of opening an umbrella in a RED storm once and spent the next few minutes chasing after it.

Instead, get yourself a raincoat but again, like I said, try your best to stay indoors. 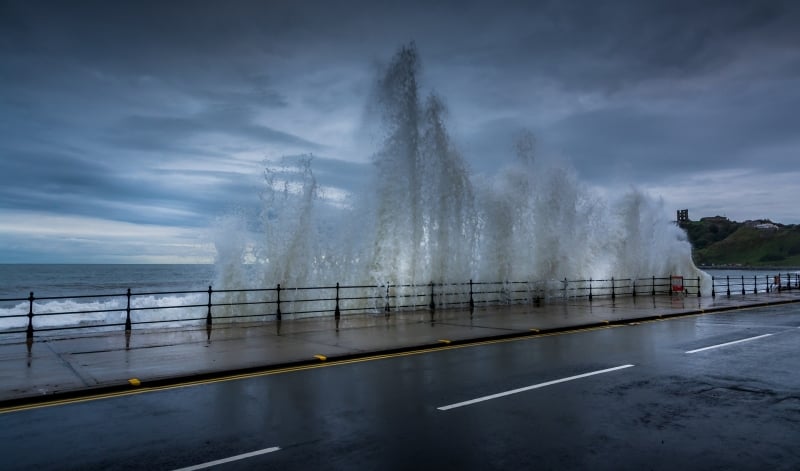 I can’t stress this enough because it is extremely dangerous. During a typhoon, the current and waves in the ocean surrounding Hong Kong are at a perilously high level. Couple that with the strong gales and any stroll along coastal areas like Tai O or Shek O can easily turn into a tragedy.

7. Don’t be fooled by the abrupt peace and quiet 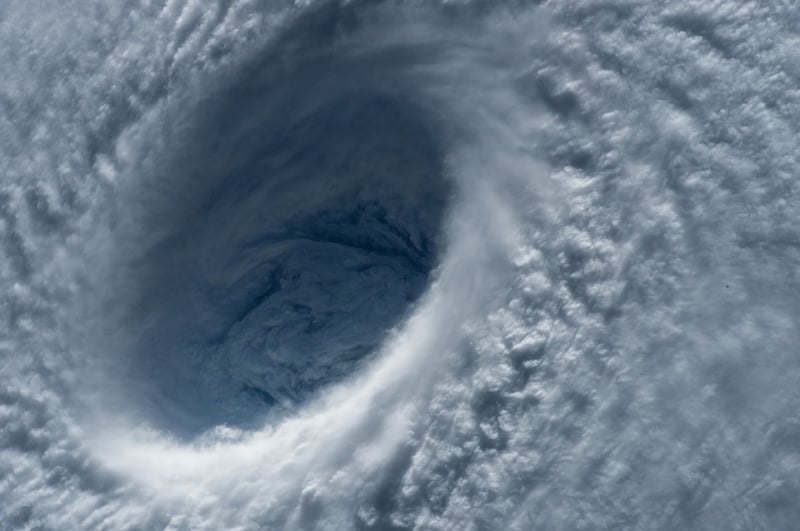 In very rare instances, Hong Kong might be subject to a No 10. Signal typhoon, such as Typhoon Mangkhut in 2018. During this time, there will be a period where the storm rapidly subsides, causing some people to think that the “worst is over”. It isn’t. What you’re experiencing is quite literally the eye of the storm.

When viewed from the top, typhoons and hurricanes have an epicentre, known commonly as the eye of the storm. That part of the typhoon is peaceful and typically doesn’t bring much rain or wind but that doesn’t mean that the typhoon has completely passed! So, if you’re caught in a typhoon, don’t immediately head out after it looks like weather conditions have cleared up, wait it out and only leave your shelter after the Hong Kong Observatory lifts the warning or downgrades it to at least Signal No. 3.

If you’re experiencing a typhoon for the very first time, it will definitely feel like a scene out of 2012. However, rest assured that it’s not the end of the world and eventually the storm will pass to reveal bright sunny days. Practise caution but don’t slip into paranoia. Just keep updated on the weather updates and soon you’ll be free to explore Asia’s shopping paradise and munch on yummy dim sum at your own leisure again. Yay!

An unforgettable experience that I hope you’ll avoid

I often end my articles by encouraging our readers to experience what I had just experienced. But in this case, I sincerely hope no one gets caught up in this “unique” experience. Travel far and travel safe, my friends!